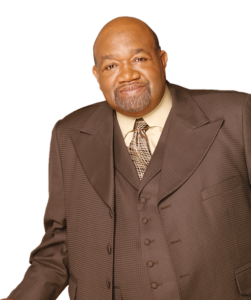 The Late Archbishop Jimmie L. Smith was a native of Lithonia, Georgia. He spread the word of God for more than 40 years. He was married to Dr. Ruth Williams Smith and they share five children and 12 grandchildren. He served as Senior Pastor of Light of the World Christian Tabernacle International headquartered in Stockbridge, Georgia. He along with his wife Dr. Ruth, established the Light of the World Covenant Fellowship International that oversees 26 countries with a membership of over 200,000. He was instrumental in the ministerial growth of several other churches in the metropolitan Atlanta area.His reach was far beyond the boundaries of his local community. He was intensely civic minded. In the pursuits of fulfilling his civic duties, he advised and counseled local, state, and national leaders. He used his influence to make changes for the good of all mankind. He advised leaders from the Office of the President to the office of local county officials. He was sought out for his sound advice and wise spiritual counsel. His influence was powerful and long reaching. Archbishop was a recording artist as well as an author. He was a wise prophet of God who took every opportunity presented to entertain strangers offering forgiveness, love, inspiration and a warm smile. HEAVEN 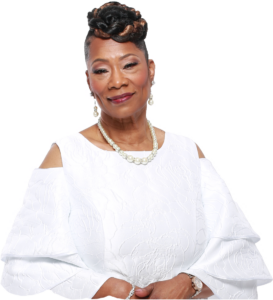 DR. RUTH W. SMITH is the Co-Founder and former Senior Pastor of Light of the World Christian Tabernacle International.  A native of Greensboro, Alabama she moved to Atlanta in June 1970 and attended both Massey Business College and Georgia State University.  In 1982 she married, the late Archbishop Jimmie Lee Smith and in 1990 she answered her own call to the ministry.  Together they founded “The Light” and the church grew from a membership of 400 to 1500 in a 4 year period.

Under their leadership they implemented a number of auxiliaries within the church. They included a television, video and audio ministry, an overcomer’s ministry, singles and couples’ ministry, and a full children’s ministry that included an academy, early learning center and a bus ministry.

Over time, Archbishop Jimmie Lee and “Dr. Ruth” were inspired by the Holy Spirit to strengthen Christian unity both nationally and internationally.  As a result, they developed the Light of the World International Covenant Fellowship, a non-profit Christian organization which provides outreach to ministries domestically and internationally.  It now can boast of a membership of over 200,000 Christians with international ministries in Jamaica, West Indies, Nassau, Bahamas, Croydon, England, Ghana, West Africa, Kenya, East Africa, South Africa and Madras, and South India–in over 27 countries.

She is known throughout the world as an outstanding speaker and willingly shares her gifts of teaching and pastoring all around the world. She  is truly an anointed dedicated woman of God committed to going forth into all the world to preach the Gospel of Jesus Christ!